A so particular habitat, like the one that has been created inside the gorge of Gorropu, has favoured the premise for the presence of endemisms and other particular environmental aspects.

The International Union for Conservation of Nature (IUCN) has included Aquilegia di Gorropu among the first 50 species of the Mediterranean threatened with extinction . It is not found  anywhere else and grows, with only few individuals, in the Gorropu canyon.

The flora offers other interesting species. Among them we can mention the Common yew or European yew (Taxus baccata) and the Phyllirea (Phillyrea latifolia), that are in the first part of the canyon (downstream) and both age estimated at around 1000 years.

The Gorropu canyon is populated by much of  the typical fauna of the Supramonte, from the mouflon to the European pine marten, from the wild boar to the wild cat, from the fox to the dormouse.

But particularly we must mention the more and more rare golden eagle that still nests on the high walls with others specimens.

At the downstream entrance of  the canyon, the resurgent waters of the Rio Flumineddu form splendid tarns, where still live the Sardinian Brook Salamander or Sardinian Mountain Newt (Euproctus platycephalus) and the rare Sardinian trout (Salmo trutta macrostigma). 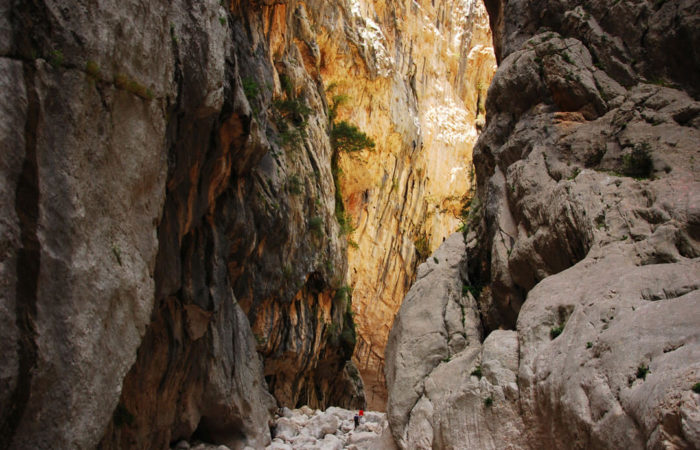 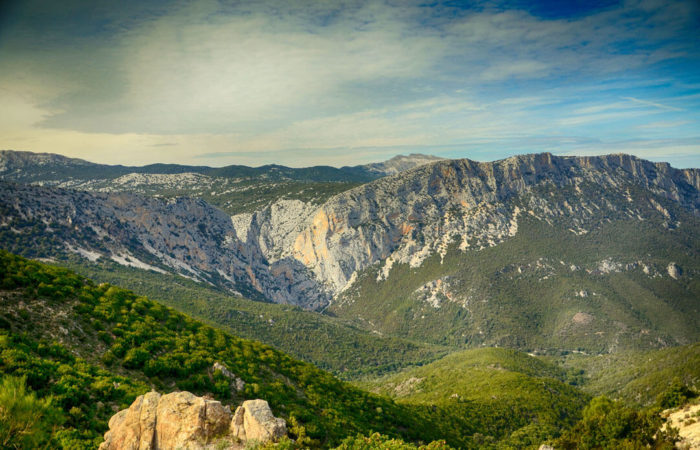 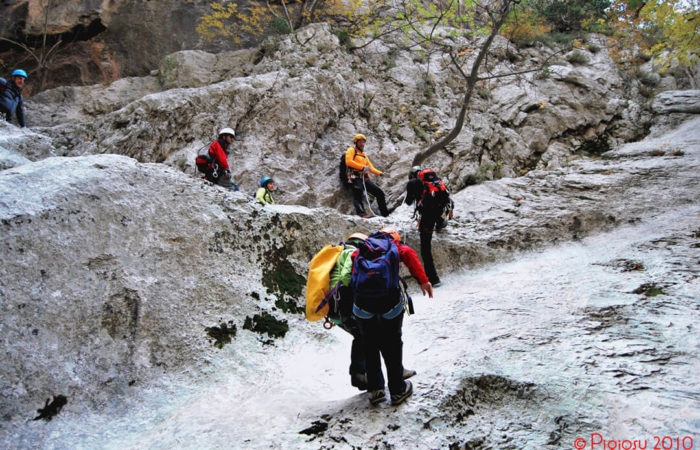